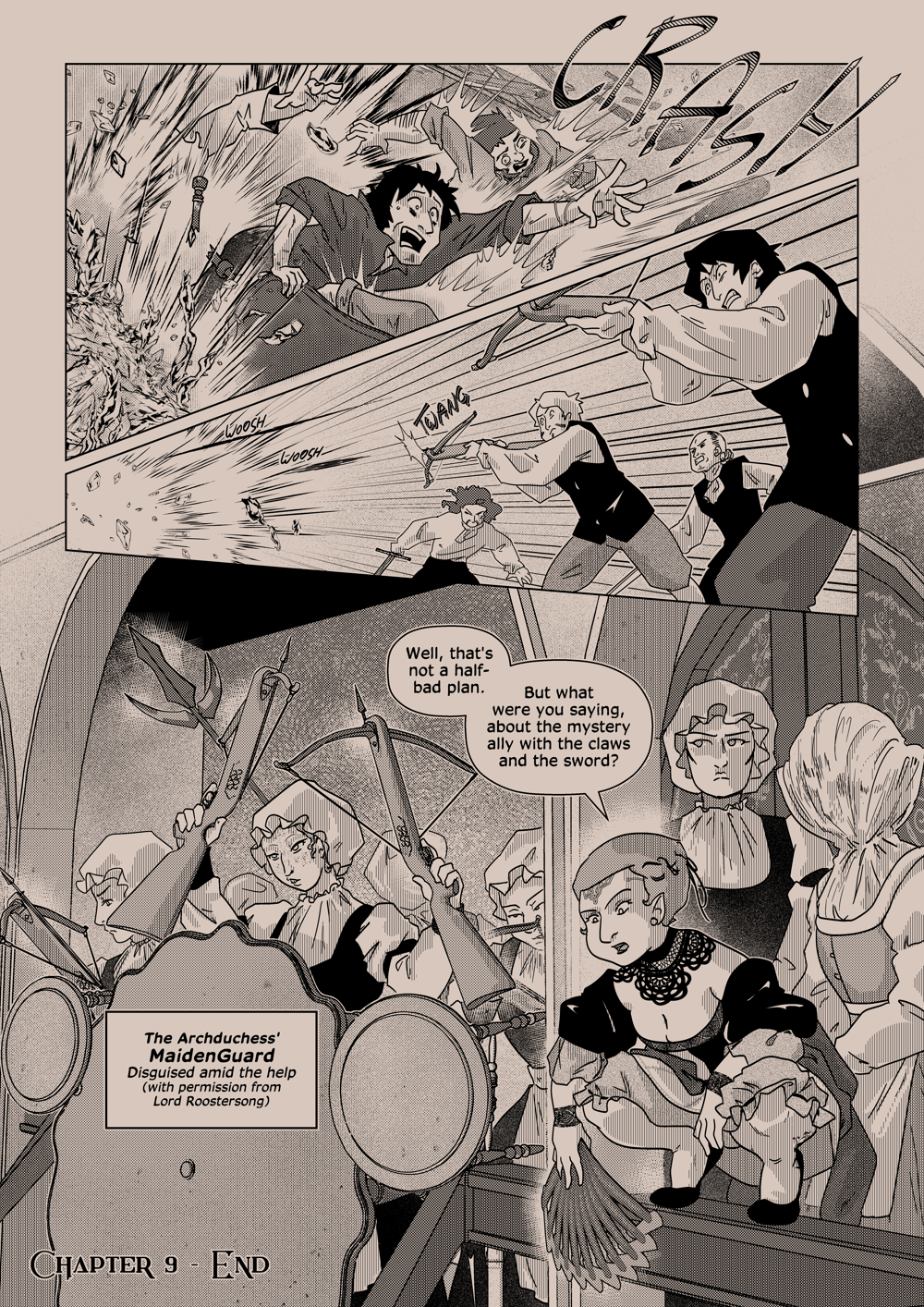 Chapter 9 has ended! I'm not sure if you guys noticed, but this last chapter was a LOT more ambitious, art-wise, than the usual. I'm inking on a higher resolution than I started the comic with (600dpi vs 350dpi) and I'm making much greater use of Clip Studio assets, between brushes and 3D models. I've even learned some blender in order to make models of my own.

I hoped these new assets would help me raise artwork quality and save time, but I didn't count on the added complexity it gave page production. Not only that, but this chapter had many pages involving NPC groups reacting to the environment or each other, which required even more pre-planning than I'm used to put on both paneling and the panel itself. I'm not used to pages taking 2 days to reach the screentoning phase, but this happened way too often during this chapter.

That's not to say the assets were a failure; I've learned a lot from this chapter, most importantly how much detail a panel really needs, how much I can get away with not including, which assets to place first-- so many detailed backgrounds were hilariously obscured by characters or impact effects, or had to be toned down due to overwhelming the foreground! -- and I hit a good groove around page 13, having figured out which brushes, effects and items I most used and sticking to them. But it's been a journey, and I've been feeling distinctly potato-brained for a good chunk of it.

In sum: I know I took a break before this chapter, but I'm taking another one before the next. In fact, it might be beneficial to me to take breaks between chapters, in general. OTOH, I don't want to leave the site dead during these breaks, so I'm considering some side-content, like omakes or short stories. There's a lot about this universe that hasn't been shown on page! But it's also hard to know what makes for good short content off the top of my head.

So I'm turning to you readers.

Do you have any questions or prompts?

Background details, or offscreen shenanigans, what are you guys curious about? Let me know in the comments! Meanwhile, I'm setting a tentative return date to September 28!